Dr. Charles Kebaya is a full-time member of faculty, School of Humanities and Social Sciences, Machakos University. He holds a PhD in Television Studies from Kenyatta University, Kenya. Dr. Kebaya won a fellowship award from the Consortium of Humanities Centres and Institutes (CHCI) for the first Africa Humanities Workshop entitled, “Africa as Method and Concept: Emancipation, Decolonization, Freedom” held on 3rd - 17th January, 2019 at Addis Ababa University, Ethiopia. He has co-edited a number of books such as Cultural Archives of Atrocity: Essays in the Protest Tradition in Kenyan Literature, Culture and Society (2019),Language and Translation: Theory, Pedagogy and Practice (2016) and African Drama and Theatre: A Criticism (2012); authored a number articles in referred journals such “Popular Art and the Reconfiguration of Police Atrocities in Kenya” (2018). The Criminalization of Youth in Popular Art in Kenya”(2018), “Inventing Women: Female Voice in Kenyan Television Drama”(2017), “Historicizing Kenyan Comedy” (2015);co-authored a number of articles such as “Popular Music and Identity formation among Kenyan Youth (2016) and “Community Theatre and Development Practices in the Nyanza region of Kenya” (2015).  His co-authored bookUnderstanding Literature: A Workbook for Kenyan Secondary Schools was published in 2019. He is also the executive producer of a documentary film, Drugnets (2015). His research interests are in the areas of Television Studies and Dramatic Criticism, Popular Arts and Cultural studies.

By becoming members of the African Policy Centre, evaluators demonstrate their commitment to the evaluation profession, they also receive a number of substantial tangible benefits. We offer a comprehensive on-line research facility, with downloadable documents and publications, and a facility for answering questions you may have.
JOIN NOW

The Decade of Evaluation for Action. 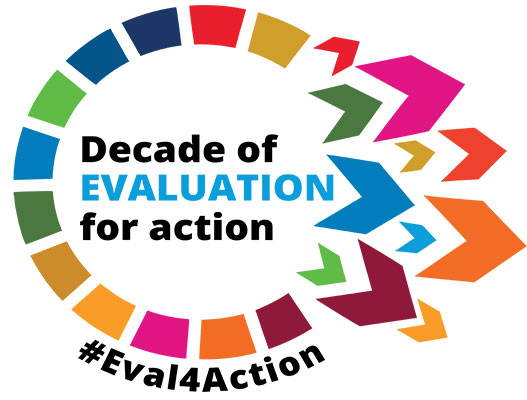 The African Policy Centre (APC) is joining the campaign with the global evaluation community to help make the #SDGs a reality. While the world copes with #COVID19, now is the time to rely on evidence-based decisions. The Decade of #Eval4Action is now.
www.eval4action.org

"To succeed you have to believe in something with such a passion that it becomes a reality" (Dame Anita Roddick).